Wind At My Back chronicles the struggles of the Bailey family - torn apart by economic hard times while trying to survive The Great Depression of the 1930s. 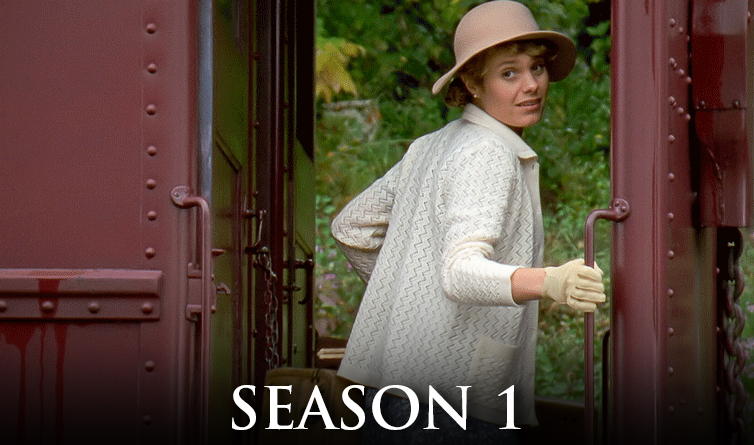 Wind At My Back: Season 1

The series of Wind at My Back premiere centers on the hardships of the Bailey family: Jack, Honey, and their children: Hub, Fat and Violet. The Baileys were your average Canadian family, and the Great Depression threatened to swallow them up. Their lives are thrown into a world of extremes when Jack loses his business and the family is thrown into ruin. Honey is turned away by her mother-in-law, May Bailey, and is forced to give up her children and they are divided amongst relatives. Honey and her kids try desperately to find a way to maintain their independence and pride through adversity caused by the Great Depression and family tensions. 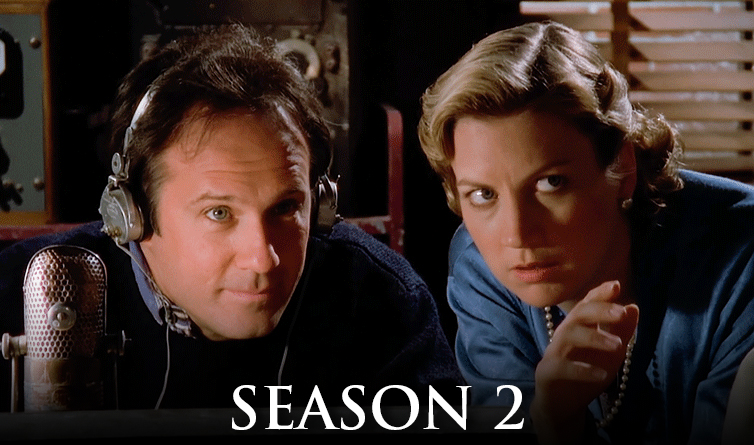 Wind At My Back: Season 2

The second season has a whole new crop of guest star performers and fabulous characters, including Ron Lea, Gordon Pinsent, Kay Tremblay and Carl Marotte. Six months have passed since May Bailey lost the custody trial for her grandchildren. Reunited with their mother and young sister, Hub and Fat adjust to a new kind of family life when Honey accepts Max Sutton’s proposal of marriage. 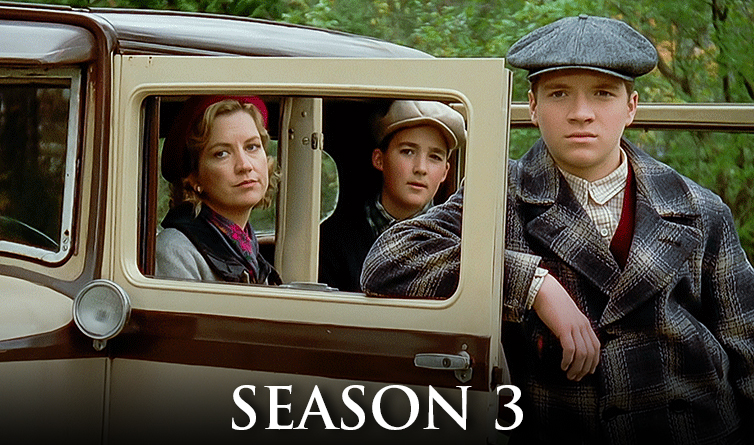 Wind At My Back: Season 3

The Great Depression settles on the town of New Bedford. After the bank’s foreclosure on the mine, many other businesses suffer. The town is divided in its attitude toward the Bailey family and many bear grudges toward May, who is seen to still be living the lifestyle of the high and mighty. However, the Baileys begin to rally, and with them, the town. They arm wrestle the bank into action and begin to take control over their own destinies. This season highlights the character of Grace Bailey, whose yearning for love and adventure takes her to new places. Guest stars include Greg Spottiswood, Carl Marotte, Ron Lea, Neil Crone and Bob Bockstae. 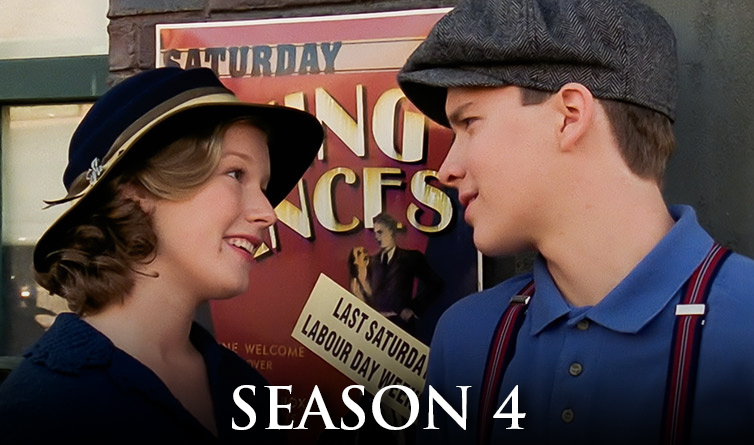 Wind At My Back: Season 4

Viewers are introduced to a new Honey in the fourth season – actress Laura Bruneau joins the cast and takes up the role of Hub and Fat’s mother, newly returned from the sanitarium with a clean bill of health. The scope of this season widens with the addition of more colourful characters, including guest stars Ron Lea, Stephanie Morgenstern and Robert Benson. Fans also watch as May Bailey forges ahead with her pledge to restore New Bedford to its previous prosperity, while Hub deals with adolescence and a budding love life, and Grace’s relationship with school teacher Jim Flett takes a romantic turn. 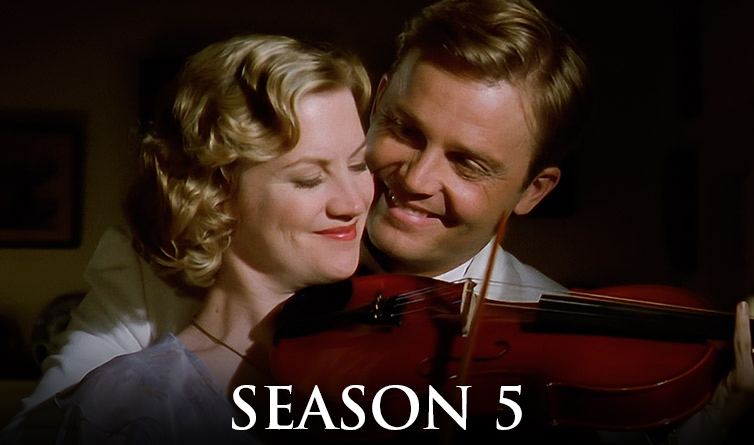 Wind At My Back: Season 5

In this final season of the series, the lives of some New Bedford residents mature and, in certain cases, drastically change. Grace Bailey elopes after a whirlwind romance, much to the detriment of May’s health, which takes a turn for the worse – while Hub figures out what his calling in life should be. All the residents learn to endure their own difficult circumstances while opening themselves up to new possibilities at the same time. 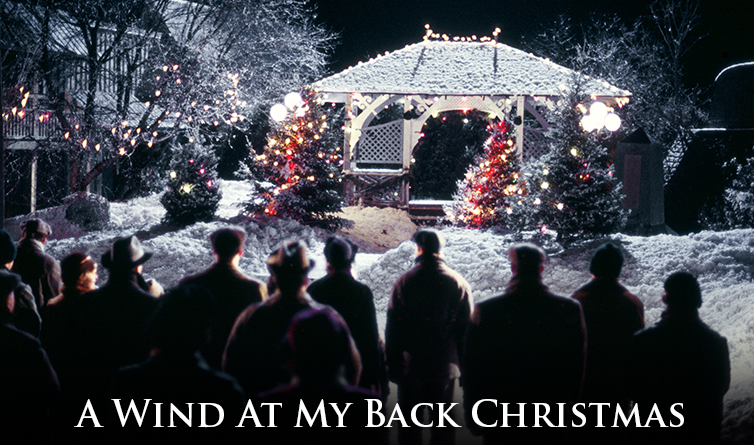 In the approach to Christmas 1938, much is happening in the lives of the Bailey and Sutton families of New Bedford. Grace Mainwairing and her mother, the Bailey family matriarch, May Bailey, are in Europe collecting the remains of Grace’s husband, Van, who was killed in the war in Spain. Meanwhile, Hub Bailey is in the seminary at the Back in New Bedford, Hub’s mother, Honey Sutton, is following in her son’s footsteps and is also a University of Toronto student. She is taking courses by correspondence, although she would rather take classes in person in Toronto. Honey’s husband, Max, has to take over many of the household duties because of Honey’s busy schedule, this in addition to his regular work as the school’s principal and the town mayor. Even this year’s Christmas pageant, which is being directed by May’s daughter-in-law, Toppy Bailey, was written by science teacher, Jim Flett. Hub’s brother, Fat, also has a career in mind, that of a RCMP officer. He wants to leave high school to enter the force. Even without Hub present, Fat is feeling like he is living in the shadow of his older “perfect” brother. Hub while studying to be a Catholic priest, may be reconsidering his stated vocation when he meets Austrian exchange student, Anna Schiller, a cellist in the music program. Hub and Anna met in an anti-fascist political group on campus. Hub decides to bring Anna to New Bedford for the Christmas holidays, which bring chaos to the house. Both Maisey and Honey don’t much like what Anna symbolizes in Hub’s life, for Maisey a rival, and for Honey someone who is taking him away from his vocation. In addition, RCMP Inspector Wells is after Anna, which places a wedge between brothers Hub and Fat. By Christmas, the tension comes to a head and the fate of each of the Bailey’s is decided.